The Diocese of El Camino Real 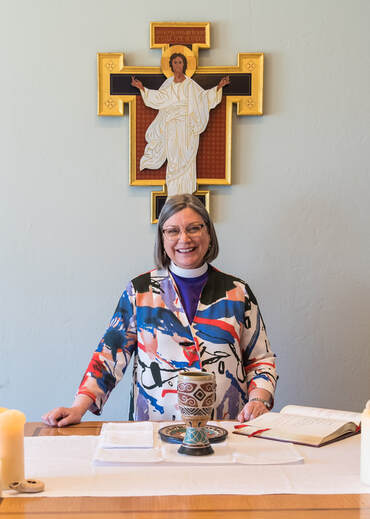 The Right Rev. Lucinda Beth Ashby is the fourth Bishop of Episcopal Diocese of El Camino Real. She was ordained and consecrated on January 11, 2020, at Saint Andrew’s Episcopal Church in Saratoga, California. by our Presiding Bishop The Most Reverend Michael Bruce Curry. She is the second woman bishop to succeed a woman bishop in the history of the Episcopal Church.

El Camino Real is named after the Spanish colonial royal road or Kings Highway from Mexico City to San Francisco. We are a diocese of 50 congregations, one upper school (York) two K-8 schools and nine preschools along the El Camino Real. The diocese worships in eight languages: Cantonese, English, Lakota, Laotian, Mandarin, Spanish, Tagalog and Vietnamese.

The diocese is divided into three Deaneries. Deaneries are regional groupings of parishes in the diocese established per Canon 10 of the Diocesan Constitution and Canons. One of their functions is to elect regional representatives to various diocesan bodies. St. John’s is part of the Monterey Deanery. For more information, visit the Deanery’s website.

For more information about the Diocese of El Camino Real, visit the Diocesan website.